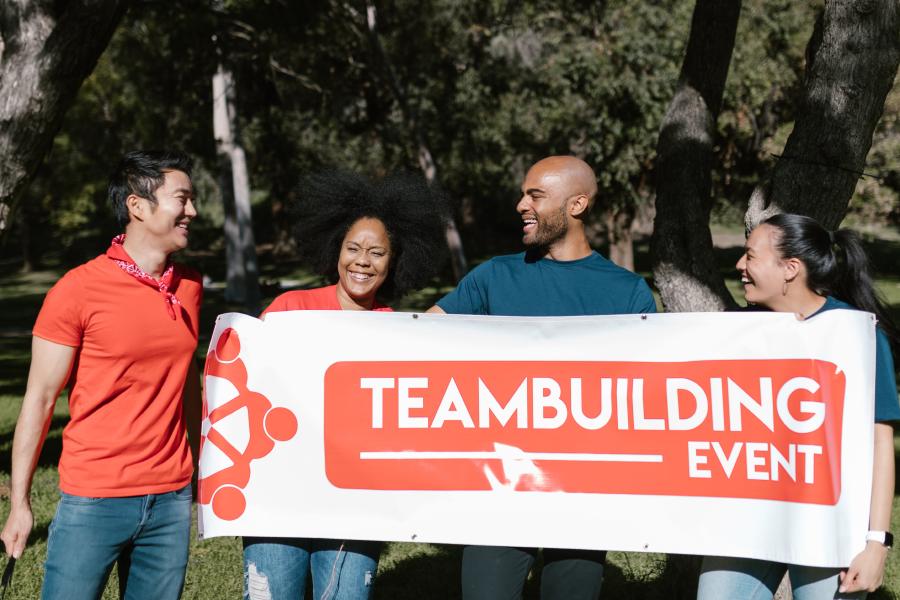 What is Fantasy Football?

Let’s begin with a summary of fantasy football, in the UK there are two types, one that people generally know and the other they don’t, yet! The general fantasy football is one where an individual will be a manager of their own team, which includes building the team, trading and all that a manager would usually do. This type can be quite hard for beginners.

Predict Fantasy Football, on the other hand, is very easy to use and is very inclusive to all with any knowledge basis. To start you predict the results of each match, for each correct prediction you gain points, the one with the most points wins! Mid way through tournaments can change predictions to keep things interesting and hopefully make your way to the top spot.

Building a Sense of Community

The primary aim of integrating an office fantasy football league, like any other workplace social activity, is to promote team building among colleagues. It can be a great way to network internally. It helps colleagues from different department teams to interact and get to know each other.

The Impact on Productivity

An obvious concern from many companies about an office fantasy football league is that it could hinder productivity. Managers certainly don’t want their teams to be spending significant amounts of time at work focused on their predicted fantasy football position.

As with any other productivity concern, it’s important to set expectations early on, by letting staff know that their work needs to come first and foremost. Companies might also consider policies like reserving fantasy football activities for non-work hours or during breaks.

As mentioned earlier, not everyone is familiar with fantasy football, as well as the sport of football itself. However, in choosing a simple fantasy football software you can ensure that anyone can get involved. Through Predict Fantasy Football, you could randomly guess all the predictions and still win if you are that lucky. There is benefit of having a deep understanding of the mechanics of football, like the players, history and national rankings, however it creates a lack of imagination for the unexpected. So if inclusiveness is a worry, you can snub it out, everyone can enjoy our office fantasy football.

In addition to finding ways to encourage non-football fans to participate in office fantasy football leagues, companies should also think about rewards and incentives for participation.

For example, many fantasy football leagues have a fee for participation with top teams receiving a share of the pot at the end of the league. While this can provide additional incentives to join a league, some companies and employees may be uncomfortable with a cash pool. Another example is leveraging extra paid holiday days for the winner, which is a sure way to get everyone involved.

Fantasy football is an increasingly popular activity among the British, and it can provide a great opportunity to encourage team bonding among employees. Of course, organisations should consider whether fantasy football is a good fit for their specific company, if it will suit the company culture among staff and if it will succeed in the ultimate goal of providing a bonding experience that’s broadly inclusive but not too distracting.